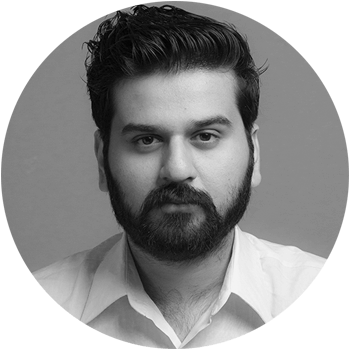 Zain Ul Abideen Naqvi did his Bachelors of Visual Communication Design from National College of Arts Lahore from 2009-2013 then he did a master’s in Art Education from Beaconhouse National University from 2017-2019. His work has previously appeared on Fast Company, Design Taxi, Pulptastic and is part of the Imago Mundi Project for Venice Biennale as well as Asian and Middle Eastern Literature Archives at UCLA. In terms of work history, he has previously served in leadership positions for various enterprises including Cricingif, Treble, Xavor Technologies, Oxford University Press, and Beaconhouse National University. Over the course of his career representing Pakistan at various international forums including Startup Istanbul in Turkey in 2016, WFYS2017 in Russia, and Future City Summit in China and Vietnam in 2018, has also been an honor and a privilege for him.

He describes himself as “As designer and writer, the work I do is an amalgamation of narratives and designs that act as contemporary storytelling devices utilizing multidisciplinary approaches”.

He is Creative Director at Skyspin Communications.

“Striving for social innovation through storytelling”