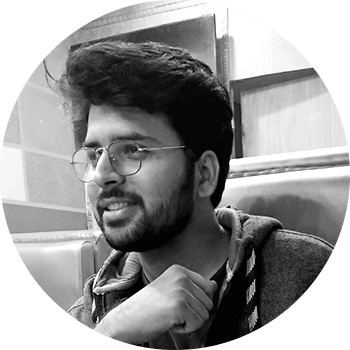 Muhammad Sulaman is a Pakistani visual and miniature artist. He studied Math and Science while at school, but his father is an artist and having an artist at home influenced him to explore painting and drawing. After learning the basics of drawing, he studies at the Government College University, Lahore, and received the “Best Artist Award” for both 2009 and 2010. After mastering more skills under the supervision of Sir R.M. Naeem. He graduated from the National College of Arts (NCA) in 2015 and did Masters in Visual Arts from NCA in 2019. His work was displayed at the Young Artist Exhibition in 2013 and 2015. He has exhibited in many galleries in Pakistan. He also exhibited in Italy at Grafiche Antiga Spa in 2017 and in China at Xi’an Polytechnic University in 2018. He is now working as a Concept Artist at Skyspin communications in Lahore.

He says “Learning new things is always motivational for me and the best scenario is if I am getting suitable earning out of it.”