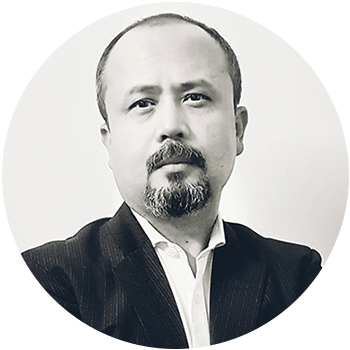 Jaffer is an Interdisciplinary Creative Consultant, Writer, Filmmaker, Design Educator, and Travel Junky with an inborn love for the wild.

Born and raised in Quetta, Jaffer is currently living and working in Lahore, Pakistan. Jaffer graduated as a Graphic Designer with honors from the National College of Arts (NCA) with minors in Photography and Printmaking. He has done his Master’s degree in MA Art Education from Beaconhouse University Lahore.

Jaffer’s professional career spans almost 20 years with a wide array of experience in advertising, print publications, broadcast production, new media, and animation. He has worked with some of the top advertising agencies as well as multinational corporations. He was the first Pakistani designer to be featured in the “New Web Pick” digital magazine, Hong Kong.

In 2009, Jaffer co-founded his own 360 digital creative agency” Offroad Studios” which was among the pioneers of digital agencies in Pakistan. Over a decade, Offroad Studios worked for various big local brands and multinationals such as CocaCola, Staples, British American Tobacco, Nestle, OPPO, Chevron, Transworld, and Waar the movie to name a few. Offroad Studios earned many local and global accolades as well.

“From the invention of the first wheel to the SpaceX Starship, our inborn capacity of Design has helped us push the boundaries of creativity and possibilities”

In 2019, Jaffer stepped into another venture and co-founded Skyspin Communication and studio.